Do You Have Rockstars or Rocks on Your Team? 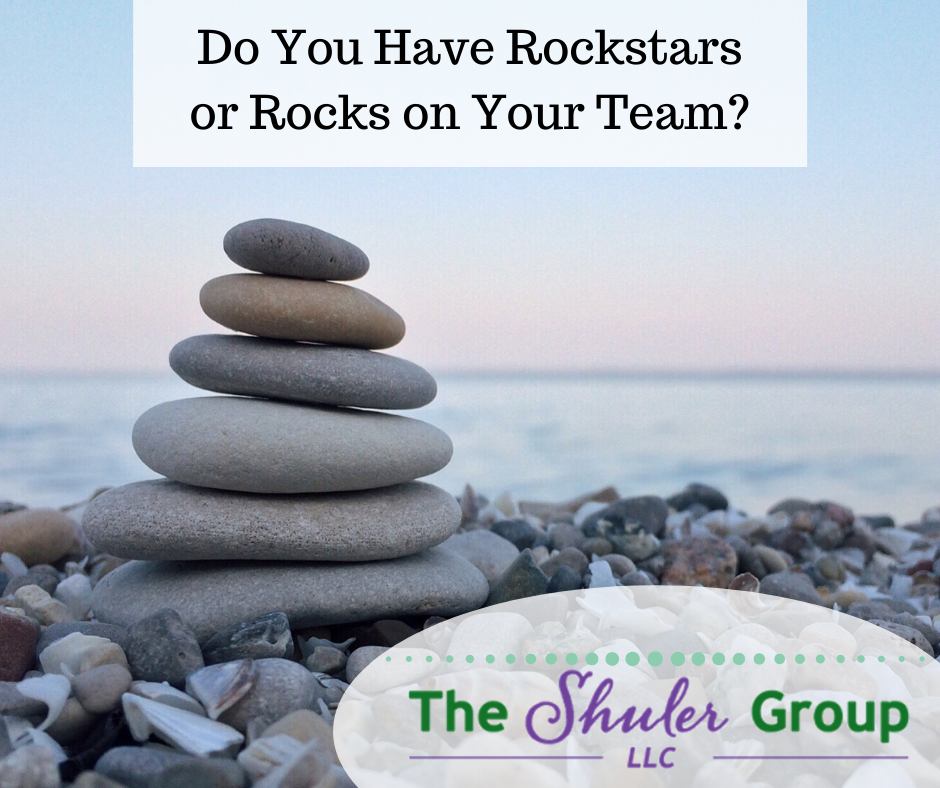 In your organization, your team is made up by the members, the roles they play, what they bring to the table, and their performance.  Of course you want the best on your team, but how do you get there?

Let’s look at the formula for A, B, and C Players first.

You want A players, people who take initiative and get things done.  However, it might seem reasonable that you might have some B players, who are essentially worker bees (pun intended). They do their job, and you don’t expect them to take initiative. Maybe you really only expect managers or executives in your organization to be A Players. It may seem unrealistic to have all A Players on your team.

But then you look through this new lens of an A Player’s performance equals the performance of three B Players. You might start to think, “Hmm, what would our organization look like if we had all A players?”

Those A Players? They’re your Rockstars.

What is a Rockstar? The person who has those intangibles that make your company soar, the things you can’t train. It’s what they walk in the door with: their passion, their energy, their values, their work ethic. They take initiative. They want to be better, whether in their own personal development or professional development. They are passionate about what they do. And they care about the company.

On the other hand, the B Player is not a Rockstar.  They’re just their skills, the stuff that shows up in the resume. Honestly, they’re just there to get a paycheck. These are also the employees who are not engaged and aren’t passionate about your company.

Now the C Players.  These are the Rocks. These are the people who don’t really want to be there. They could be anti-authority, which could mean anti-leadership in your organization or in any organization. They do whatever it takes to work as little as possible.  (Think Peter in Office Space after he’s hypnotized.)

Kip Tindell, former CEO of the Container Store and author of Uncontainable, shared that his secret to massive growth was hiring the best employees possible. You focus on the employee rather than the shareholder.  If you take better care of the employee, she will take better care of customers.  And in the end, the shareholders are going to be happier because the company is more profitable.

Then what? First, look at your current staff and employees… are they Rockstars? Where are they in that ABC Player list?

Maybe you have some B Players you thought were A Players.  Maybe you have someone who you really thought was a Rockstar but isn’t performing very well in their current position.  Maybe they’re the right person, but in the wrong seat.

Finally, you might have to make the difficult decision to look at those C Players and remove them, because Rocks are heavy and they’re impeding the progress of your organization.

If you find yourself fighting against letting go of a Rock, remember that an A Player equals NINE C Players.

If we can help you create your Rockstar list and determine who you already have in your company, don’t hesitate to reach out.