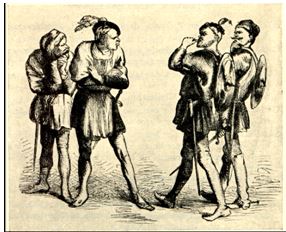 In Part 1 , I discussed the problems with dysfunctional communication styles, especially if they’re ongoing.  In today’s blog post, I list the 16 Dysfunctional Communication Styles with a brief description of each.

Psychological Cycle of Violence- Like the physical cycle of violence, there is an explosion, followed by an apology, honeymoon period, and tension building, then explosion again.

Debate Club – Unlike an official debate, there is no referee and no acknowledgement that a debate is actually taking place.

Un-authorized Declarations – This comes in the form of someone declaring something to be so, without any proof or authority.

Monologue – Long droning diatribe, and somehow the person manages to breathe without a discernible pause.

Conversation Domination – Unlike monologue, there may be some dialogue with this one.  Still the lion’s share of the conversation will be with the dominator. Also voice tone and volume change are used to shut down the other person when he or she tries to talk.

One-upmanship – The shortest way to describe this is “Anything you can do I can do better!!”  Example: If you wrestled an elephant into submission, they wrestled two at the same time while also being underwater.

Invalidating Statements – There are many types of invalidating statements, designed to put you on the defensive and are most often associated with narcissistic traits and personalities. An example is “You’re overreacting.”

Shutting Down of Possibilities – “Won’t work,” “We tried that already,” “Not going to happen,” and words like “can’t,” impossible,” and “forget it” are common with this dysfunctional style.

Unsolicited Advice – “You should do it this way.” “Don’t talk to that person; they don’t know what they are talking about.”  Are typical communications from this type and rarely, if ever, do they preface their communication with an “In my opinion.”

Contrary – An unconscious tendency to take the opposite position no matter the subject or position of the other.

Slipping a premise – The classic version of this is, “Have you stopped beating your wife lately?”  They throw out statements to see if you will react or accept.

Non-acknowledgement of communications – This most commonly occurs in written communications.  There is usually a list of items, questions or statements.  The reader will address some of these and then behave as if the rest of the communication never existed.

Injecting process comments into content discussions – There are two different realms that exist in any interaction: these are process and content.  Content is the actual verbal discussion.  Process is everything else… body language, facial expressions, tone of voice, and all internal processes.   Typically when someone feels they are on the defensive, they may interject a process comment. For example, “You seem to be a bit agitated .. is something wrong?”   This has the tendency to throw the whole interaction off, and possibly help the “defensive” person gain some ground back.

Making stuff up – This can be a form of lying, whether it is conscious or unconscious.   Like slipping a premise, the conscious version is designed to see how the other reacts.  The unconscious version of this dysfunction is more about someone who cannot determine whether anything they say is truth or fabrication.

Attack-parry-reposte – I relate this one to my days as a competitive fencer.  Essentially someone makes an accusation; you defend that accusation as untrue; and then counter with the truth.  This can definitely be a major drain if it is a continuing pattern.

So what do we do about all this?

Identify where dysfunctional communication styles exist in personal and business relationships, and then determine if they are insidious enough to be detrimental or energy draining.  And if the answer is yes, then there are two choices: end the relationship, or create buffers and boundaries (See the in-depth report about these) to minimize their effects when you have to engage.

For an in-depth report on Dysfunctional Communication Styles in the Workplace, where I go in depth into the 10 most common dysfunctional communication styles as well as how to deal with them, fill out the form below.