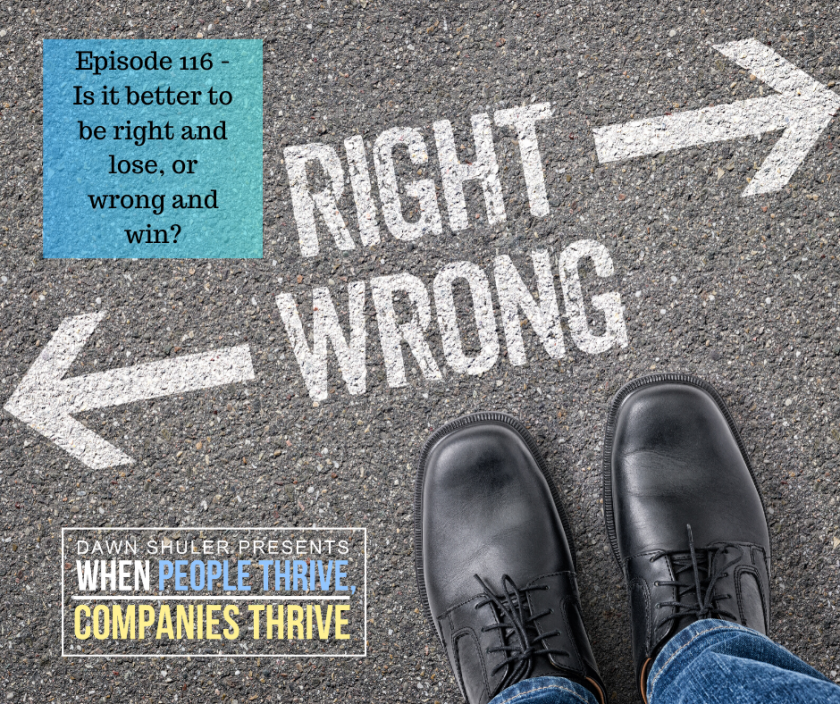 Years ago, my 4 1/2-year-old daughter, who was just learning checkers, was angry that she couldn’t make the move she wanted (because it was against checker rules).  Her father patiently explained the rules and pointed out that if she did the opposite of the move she wanted, she would actually win.  She got up from the checkers game, unfinished, and said she would prefer to be right and lose, rather than wrong and win.

Listen in as I recount other examples in business where someone wanted to be right so much that it actually hurt them.

Other podcast episodes referenced:  Are your systems lacking?