Why employee engagement is something you MUST focus on 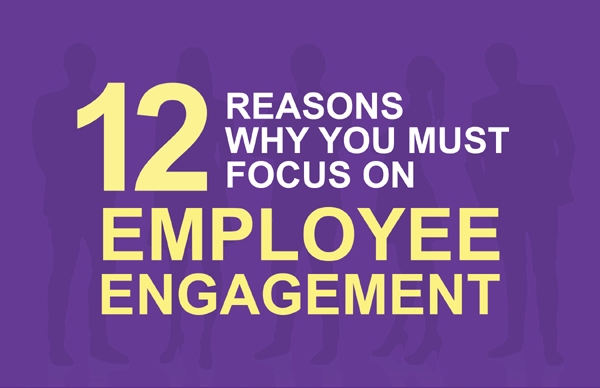 It’s crucial because if you don’t have employees who are actively highly engaged with your company, then you’ll eventually have employee turnover.

Every time you have to hire a person because someone left or you had to fire someone, that costs money. It costs anywhere between 20 and 50% of a low-level employee’s salary to hire someone else in that same position. And then when you start talking about management, that actually costs your organization 100% or more of that person’s salary to replace.

You have to take into consideration things like downtime because maybe there was nobody in that position before you replaced him/her, or downtime as a new person gets up to speed, as well as training time from other people in the organization who have to take time away from what they’re doing in order to train that new person.

Then there’s all the foundation costs for bringing on a new hire: setting them up with benefits, setting them up in payroll, onboarding, evaluation… all of that costs time and money. So having to hire people because of employee turnover, that’s not what you want.

We’re not talking about expanding and needing to bring on more people because you have more work or you need to produce more widgets or whatever the case may be. We’re talking about employee turnover that occurs when one person leaves and has to be replaced.

Employee engagement is a big answer to that problem.

So let’s talk a little bit about some of the data.

It’s about being engaged, and that doesn’t always mean just throw money at them and pay them more. Although that can certainly be a factor, but money and salary and even benefits are not always the contributing factors to whether an employee is engaged at work. So, what are some of those things that impact an employee feeling engaged?

83% of workers participating in a mentoring program admitted that their experience positively influenced their desire to stay at the organization.

Another statistic:  belief in the senior leadership is the strongest engagement driver, whereas growth and development is the second. This is one reason why the foundation of the work we do with companies is to help them clarify their Deeper Why, identify their core values, and then communicated that to the entire organization.  Because everyone wants to feel as if they’re part of something, and this open communication helps them have that faith and belief in the leadership team.

A millennial survey done a couple of years ago found that 50% of millennials would take a reduction in pay in order to work in an organization where they felt like they could make more of an impact. And that’s why I say it’s not always about the money; it’s not always about salary and benefits; it’s about giving them an opportunity to make an impact and to feel like a true part of the organization.

Employees who believe their managers can name their strengths are 71% more likely to feel engaged and energized. We have a saying here that people want to be seen, heard, and acknowledged. So if I feel like my leadership team, my superiors, my managers know what I’m really good at, and then they give me projects and tasks that are a perfect fit for what I’m good at… that’s going to make me feel seen, heard, and acknowledged.

So employee engagement could be somewhat of a simple matter of just paying attention to your employees, getting to know them, understanding them, making sure that what they are doing in their position is a fit for what they want to be doing and what they’re good at.  And then communicating to them how they’re doing as well as the goals of the organization.

Here’s why this matters:  Gallup found that engagement plummets to 2% among teams with managers who ignore their employees, compared to 61% for teams led by managers who focus on strengths.

That is a startling statistic, not just because we’re all touchy-feely and we want people to feel engaged, which we do, but we’re also in business and we know that disengaged employees affect the bottom line. They cost organizations from between 450 and $550 billion annually.

75% of executives believe that in the next decade in order to recruit and retain talent, compensation alone will not be enough.

According to another study, only 12% of businesses are happy with the current levels of employee engagement. 12%. If you’re in that 12%, congratulations. That means you’re working diligently to keep your people happy because you probably believe like we do that when people thrive, companies thrive.

But if you’re in that 88% of businesses who aren’t happy with your current levels of employee engagement, reach out. Let’s have a conversation. Let’s see if we can figure out a way to determine why you don’t have engaged employees, what you can do to improve that, and how to really increase your bottom line.

Finally, as our gift to you, download our powerful infographic, the 12 reasons why you must focus on employee engagement, a stunning graphical representation of employee engagement statistics compiled from sources like Gallup, ADP, The Engagement Institute, and more.